When Jeff and I planned this two-month Australian odyssey, we had three destinations in mind.
#1 - The Ningaloo Reef on the west coast in the Indian Ocean
#2 - Ayers Rock, now known to us as Uluru, in the center of Australia
#3 - The Great Barrier Reef in the Pacific Ocean on the east coast

On Day 46 we finally arrived at Destination #3.

Below is a picture of the white sandy island that began to emerge when the tide went out. The reef itself can be seen in the shadowing. It doesn't look like much from above, but once I was underwater with a face mask, a whole different world opened up. The skiff was our shuttle back to the main boat from the white island. 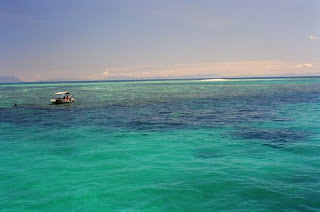 The crew threw out fish food and created a feeding frenzy. 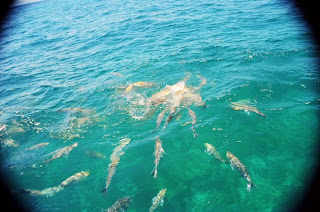 And then the wide body Queensland grouper cruised into view. 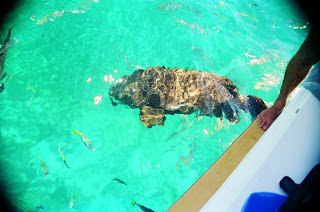 Below is David having a leisurely snorket over the reef. The water was crystal clear. If you click on the photo, you'll get a better look at the water. 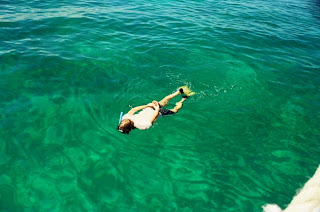 Getting good underwater photos was a challenge with a cheap disposable camera, so I found several on the Internet to give an idea of what the undersea world looks like. Google the Great Barrier Reef Images and you'll find many more available.
I have no idea who this guy is, but he gives a good reference as to the size of the clams. 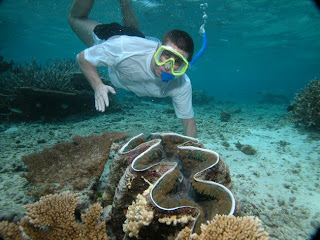 Another look at the giant clam. 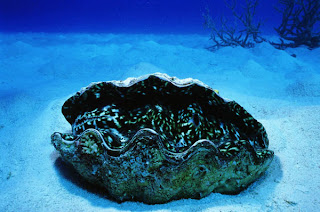 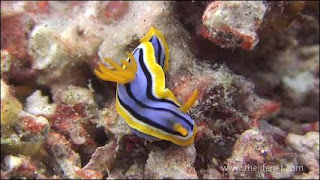 Lots of fish and coral live in the reef. 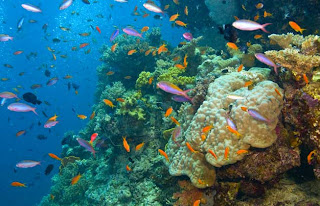 Below is a picture of clownfish, the star of the movie "Finding Nemo." 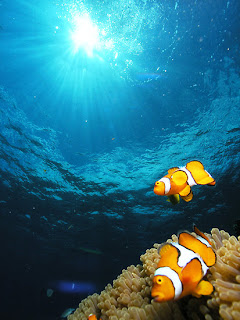