Procrastination. Sometimes it's a good thing.

Jeff and I decided to postpone our flight north to Exmouth...again...this time to see the beautiful city of Fremantle, or "Freo" as the locals call it. It was time to do more sightseeing in the area around Perth, so we extended our stay at Metro Inn. Below are some of the landmarks we visited while wandering through this historic city and international port.

Fremantle Prison was one of the highs and lows of the day. Highs, because it's no longer a prison and a very interesting place to visit. Lows, because it used to be a prison and the noose in the gallows still swings in the rafters where hangings took place not too long ago. The convict past of Australia is told in Freo, and it's filled with brutal stories.

Below is a picture of the prison. The wing on the right is where the Chapel sits. Inside, the words "Thou shalt not commit murder" are in full view, rather than "Thou shalt not kill." Using the word "murder" gave prison officials a clear conscience when they killed murderers in the gallows. 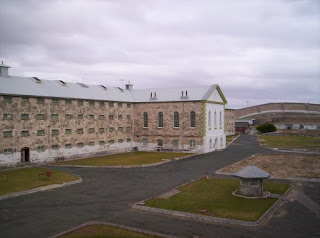 Below is a row of cell blocks. Cells were cramped and cold in the winter and cramped and hot in the summer. Some of the inmates drew beautiful pictures on the walls. Those pictures have since been preserved under plastic.

Below is the noose as it hangs today.

On a lighter note, the day was beautiful, and we continued on to wander around this beautiful seaside town. There was plenty of food and shopping, and the sunsets are worth waiting for. 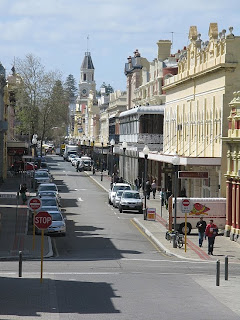 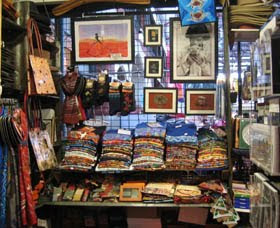 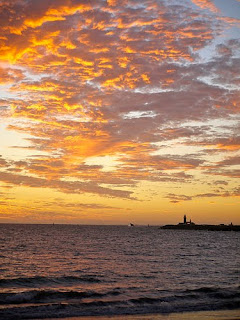