We watched one of the morning feedings at Monkey Mia. This is a picture I took of tourists feeding the wild dolphins. A ranger is nearby to be sure it all goes well. The dolphins get less than 1/3 their daily intake so as to keep them wild and fending for themselves. 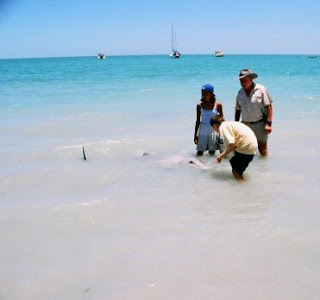 Later, we took a cruise to see the wildlife and found sea snakes, dugongs, Australia's version of the Florida manatee, and sharks. It was called Shark Bay, there had to be a few around. Below is a picture I took of a tiger shark. Better to see them from on board a big boat. 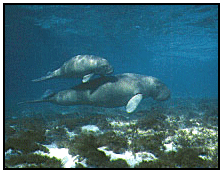 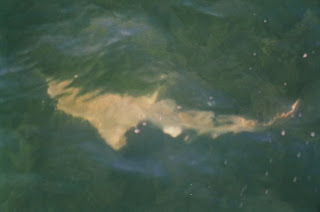 We stayed a second night at the Denham Seaside Tourist Village. I wanted to stay longer, but we had places to go and a New Year's Eve party to attend!
http://www.jennifermonahan.com/
Posted by Jennifer Monahan Explorer, writer, and philosopher seeking life's truths at 12:00 PM