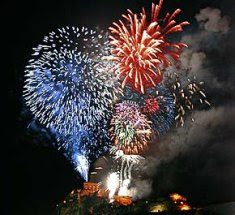 The question of all questions, "Where will we be on New Year's Eve 2000?" was finally answered. We were staying in Perth, took the train to Cottesloe Beach, and stopped to see the sunset, listen to the live band that was being muffled by thousands of wild birds in the trees, saw some amazing sand sculptures, and then got back on the train to continue on to Fremantle where it was one very big party, and a lot of fun! 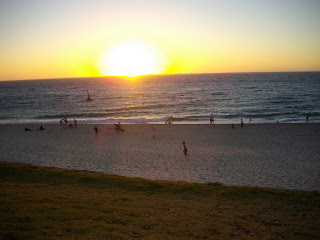 Y2K meant nothing when the calendar flipped from 1999 to 2000, and all was well. We were 12 hours ahead of NYC's Times Square ball drop, and we decided to let them figure out that the world would keep spinning the same as always.
All 3 photos above are not from the trip, but reflect a similar scene. I didn't bring my camera that night, but looking back, it would've been nice to have. The sand sculptures we saw were beyond belief.
http://www.jennifermonahan.com/
Posted by Jennifer Monahan Explorer, writer, and philosopher seeking life's truths at 9:00 AM