Here is a picture of the town of Alice Springs. Jeff and I enjoyed an extra day in air conditioning at the Melanka Lodge before heading back into the heat and onto the open road. A long drive awaits before we reach the east coast. Alice Springs is where all of my photos, taken up until this point, were developed. It was surreal to sit back and look at how much had happened since landing in the airport in Sydney nearly six weeks earlier. 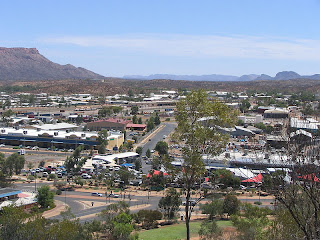 "The Alice" was made famous by the book A Town Like Alice by Nevil Shute, published in 1950. While in town, I learned about the Henley-on-Todd Regatta. It's an annual fund raiser for Rotary Club International and the world's first and only waterless boat race. The event in 2010 took place on August 21st. The official website is full of pictures.
Below is a familiar face, the McDonalds golden arches and the Rotary Club symbol. It is a small world. 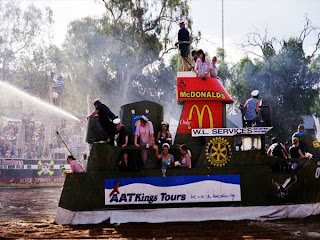 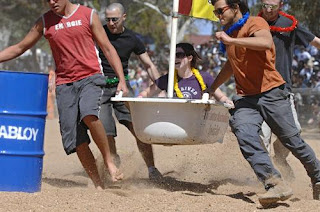