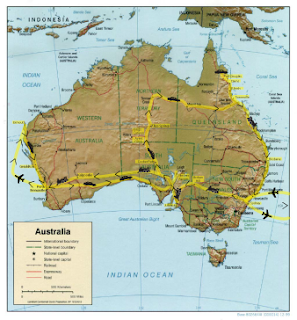 We arrived at Planned Destination #2 (Ningaloo Reef on the west coast was #1 and the Great Barrier Reef on the east coast is #3..saving the best for last.) Uluru is at the heart of Australia, in the "Red Center." I love this picture of Uluru (below) because it captured a rainbow in Oz. How cool is that?! A map of L. Frank Baum's Land of Oz from the Wizard of Oz (above) shows how he placed the Wizard's castle in the center. Coincidence? I don't think so. 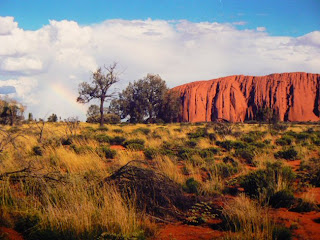 Wildflowers in the park. 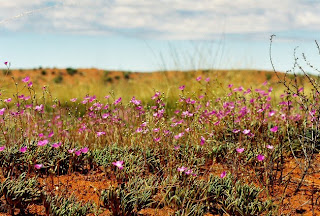 A full photo of Uluru, the second largest rock in Australia. Three quarters of it lies beneath the ground like an iceberg lies mostly under the water's surface. 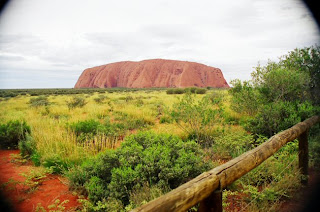 The controversial choice to allow hikers to climb the rock is explained in the book. All I can say is I chose to stay on the ground. Climbing looked like way too much work.

Below is Kata Tjuta, another sacred site of the Aborigines. 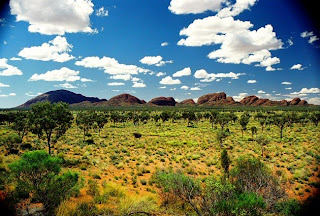 All photos, except for the climbing one, are from the trip. To read the full story go to: http://www.jennifermonahan.com/
Posted by Jennifer Monahan Explorer, writer, and philosopher seeking life's truths at 9:00 AM